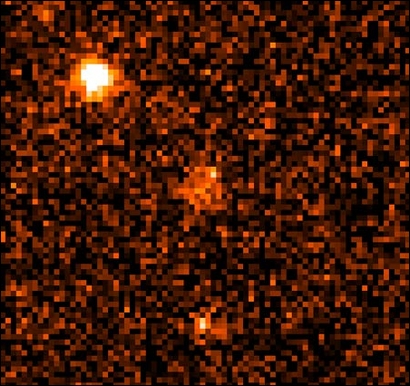 Though the visible component has faded to 1/500th its brightness (27.7 magnitude) from the time it was first discovered by ground- based telescopes last March (the actual gamma-ray burst took place on February 28), Hubble continues to clearly see the fireball and discriminated a surrounding nebulosity (at 25th magnitude) which is considered a host galaxy.
View »
3-Dec-2021 18:42 UT