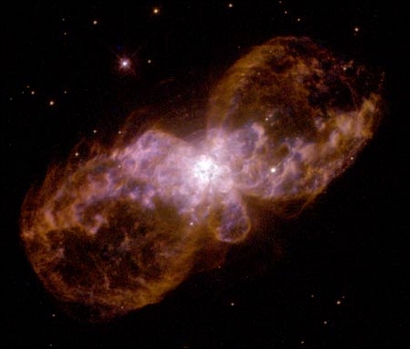 Hubble 5 is a striking example of a "butterfly" or bipolar (two-lobed) nebula. The heat generated by fast winds causes each of the lobes to expand, much like a pair of balloons with internal heaters. This observation was taken Sept. 9, 1997 by the Hubble telescope's Wide Field and Planetary Camera 2. Hubble 5 is 2,200 light-years away in the constellation Sagittarius.
View »
28-Jan-2023 22:49 UT