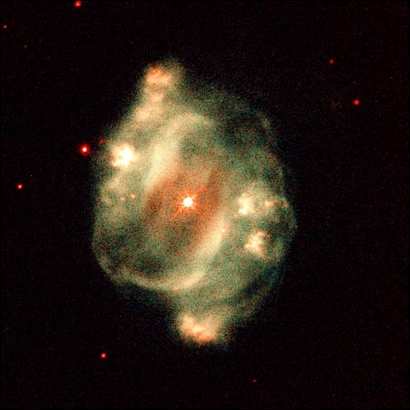 NGC 5307 also lies in Centaurus but is about 10,000 light-years away and has a diameter of approximately 0.6 light-year. It is an example of a planetary nebula with a pinwheel or spiral structure; each blob of gas ejected from the central star has a counterpart on the opposite side of the star.
View »
28-Jan-2023 23:07 UT