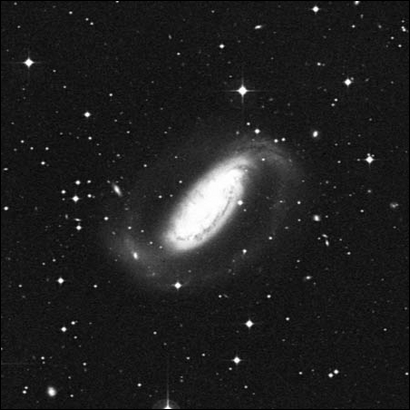 The ground-based image shows that the galaxy has an unusual, warped shape. Most spiral galaxies are flat disks, but this one has curls of dust and gas at its outer spiral arms (upper right-hand corner and lower left-hand corner). This peculiar shape is evidence that NGC 1808 may have had a close interaction with another nearby galaxy, NGC 1792, which is not in the picture Such an interaction could have hurled gas towards the nucleus of NGC 1808, triggering the exceptionally high rate of star birth seen in the WFPC2 inset image.
View »
8-Dec-2022 08:48 UT