A Minuet of Galaxies

A Minuet of Galaxies 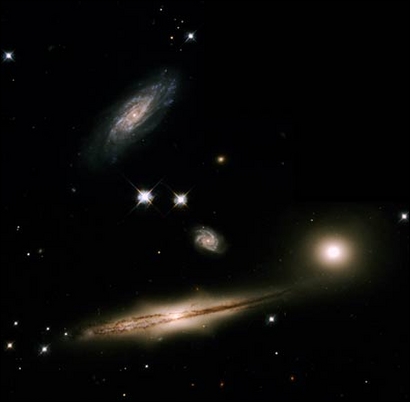 This troupe of four galaxies, known as Hickson Compact Group 87 (HCG 87), is performing an intricate dance orchestrated by the mutual gravitational forces acting between them. The dance is a slow, graceful minuet, occurring over a time span of hundreds of millions of years.
View »
29-Sep-2022 23:25 UT