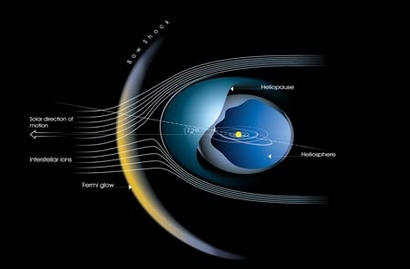 This artist's impression depicts the local region of space around the Solar System reflecting new discoveries by European scientists using observations from the Hubble Space Telescope and Voyager.
20-Jan-2020 17:13 UT