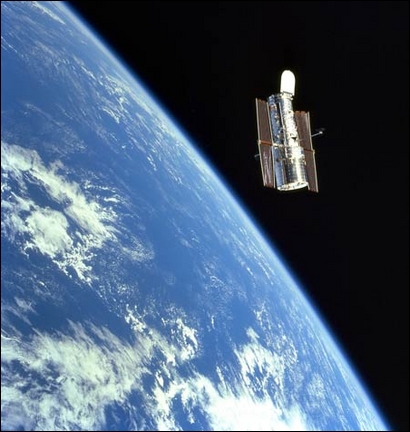 The Hubble Space Telescope (HST) floats gracefully above the blue Earth after release from Discovery’s robot arm after a successful servicing mission. The event marks the fourth time in history that a Space Shuttle has released the great observatory. Those occasions were the initial release in 1990 and three subsequent servicing missions including STS-103 (SM3A).