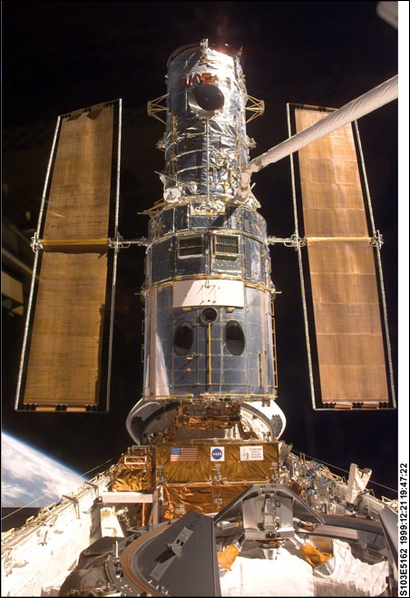 This electronic still camera's view and others in this series showing the Hubble Space Telescope (HST) being berthed in Discovery's bay were recorded during and soon after capture; and they were downlinked at the completion of the mission's first space walk on the following day by the busy STS-103 astronauts. The image was recorded at 19:47:22 UT, 21 December 1999.