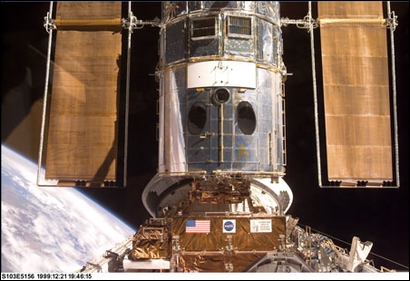 This electronic still camera's view and others in this series showing the Hubble Space Telescope (HST) being berthed in Discovery's bay were recorded during and soon after capture.
View »
5-Jul-2022 10:30 UT