The Galaxy NGC 4450 is Host to a Supermassive Black Hole

The Galaxy NGC 4450 is Host to a Supermassive Black Hole 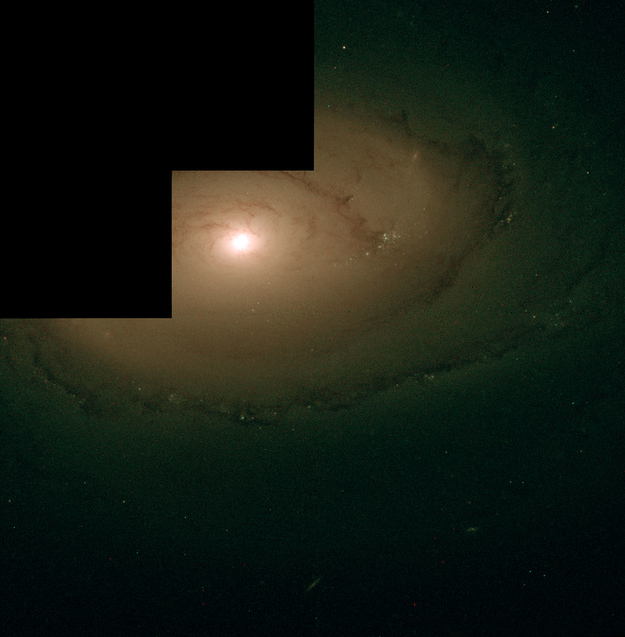 The nearby spiral galaxy NGC 4450 is one of the galaxies in which Hans-Walter Rix and collaborators have identified a supermassive black hole. The picture reveals nothing unusual in the galaxy centre. Yet, the group of astronomers have measured wildly rotating gas in a disk around the centre of the galaxy with the STIS instrument onboard Hubble.