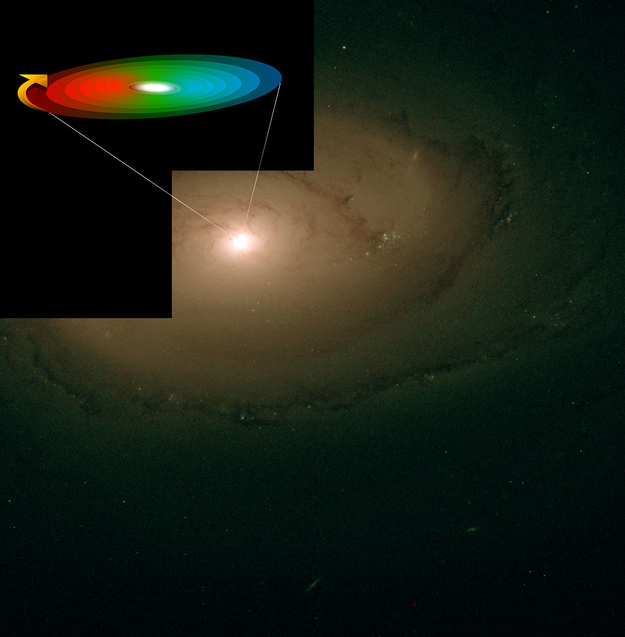 The nearby spiral galaxy NGC 4450 is one of the galaxies in which Hans-Walter Rix and collaborators have identified a supermassive black hole. The picture reveals nothing unusual in the galaxy centre. Yet, the group of astronomers have measured wildly rotating gas in a disk around the centre of the galaxy with the STIS instrument onboard Hubble (illustrated in the upper left corner). There the gas is moving thirty times faster than anywhere else in the galaxy. This gas rotation centred on the black hole is illustrated with colours. Red is receding gas and blue is approaching gas. These colours correspond to the physical effect of Doppler shift also known as redshift in astronomy.

The image of NGC 4450 was gathered with another of Hubbles instruments, WFPC2. The image is a chromatic composite of two individual exposures in blue-green light and in red light.