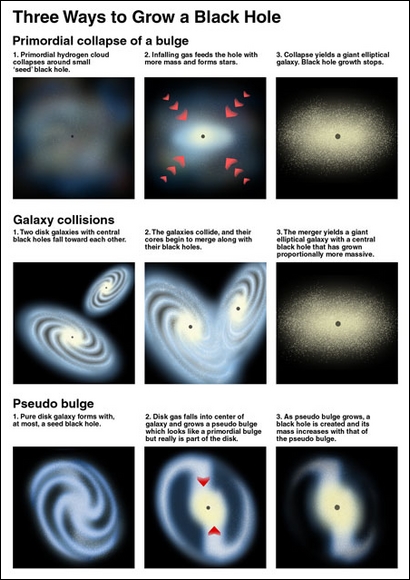 Astronomers are concluding that monstrous black holes weren't simply born big but instead grew on a measured diet of gas and stars controlled by their host galaxies in the early formative years of the universe. These results, gleaned from a NASA/ESA Hubble Space Telescope census of more than 30 galaxies, are painting a broad picture of a galaxy's evolution and its long and intimate relationship with its central giant black hole. Though much more analysis remains, an initial look at Hubble evidence favors the idea that titanic black holes did not precede a galaxy's birth but instead co-evolved with the galaxy by trapping a surprisingly exact percentage of the mass of the central hub of stars and gas in a galaxy.
30-Jul-2021 04:23 UT