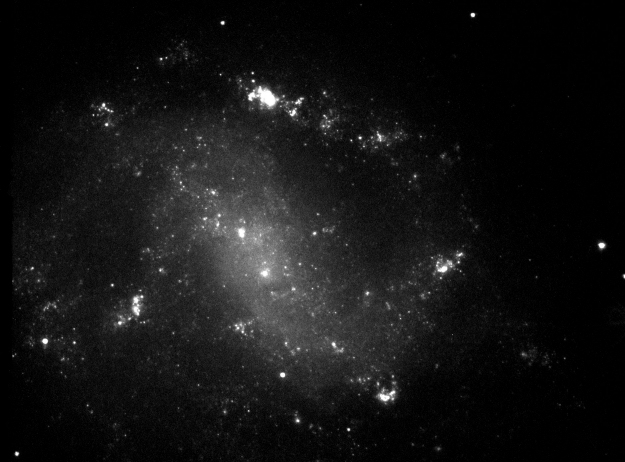 The galaxy ESO 184-G82 was host to a combined gamma-ray burst and supernova explosion seen first time in 25 April 1998. The galaxy is a barred spiral of type SBbc which is a loosely wound spiral galaxy with a central bar. These galaxies are typically star-forming, and this galaxy is no exception. In its spiral arms large clumps of star-forming regions are visible.