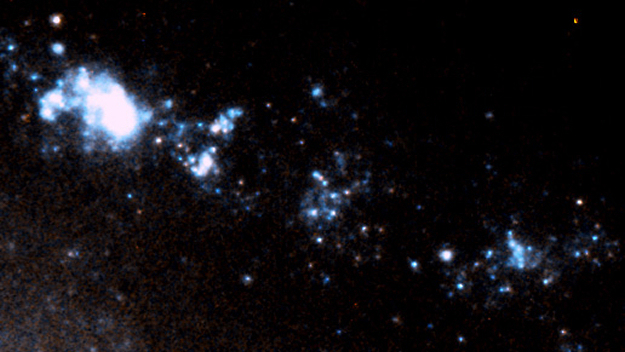 The region shows the star-formation taking place around the gamma-ray burst region in the galaxy ESO 184-G82. Clearly seen is an underlying hydrogen gas complex is overlaid with several bright red giant stars.

The Hubble observations were carried out 12 June 2000. This colour composite was constructed from two exposures combined in chromatic order: 1240 seconds through the clear filter (in blue), and 1185 seconds through a red filter (in red). The field of view of the image measures 13 × 7 arcseconds.