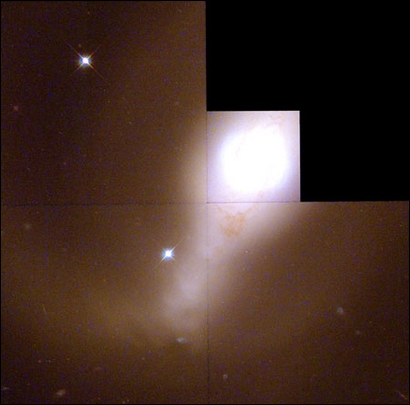 The two spiral arms outside the ring are probably unrelated to the dust lanes, and seem to contain very little dust or gas. The stars in these spiral arms are bluer than most of the galaxy, indicating that many of them are relatively young, less than 200 million years old. However, they are older than those in the ring. This information suggests that the neighborhood of star formation is moving closer to the galaxy's core. Another interpretation has the arms formed through the gravitational interaction of the embedded bar and ring of stars, causing them to spray outward.
View »
27-Sep-2022 08:33 UT