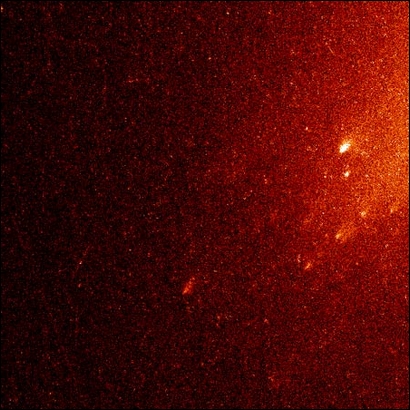 In one stunning Hubble picture the fate of the mysteriously vanished solid nucleus of Comet LINEAR has been settled. The Hubble picture shows that the comet nucleus has been reduced to a shower of glowing "mini-comets" resembling the fiery fragments from an exploding aerial firework.
View »
5-Feb-2023 22:56 UT