Uncovering the mysteries of Jupiter's aurora

Uncovering the mysteries of Jupiter's aurora 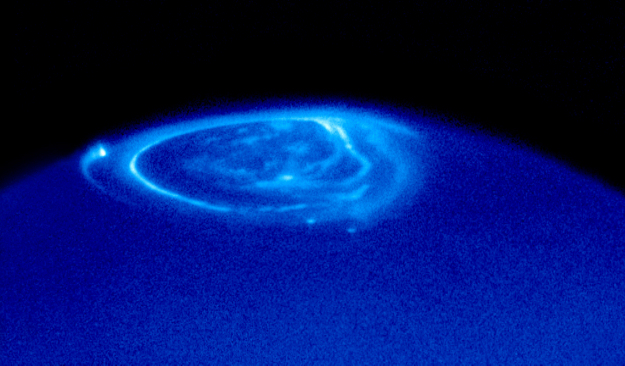 This ultraviolet image of Jupiter was taken with the Hubble Space Telescope Imaging Spectrograph (STIS) on 26 November 1998 and gives a good impression of the observations that Hubble will make in the weeks to come. The bright emissions above the dark blue background are auroral lights, similar to those seen above the Earth's polar regions. The aurorae are curtains of light resulting from high energy electrons following the planet's magnetic field into the upper atmosphere, where collisions with atmospheric atoms and molecules produce the observed light. On Jupiter one can normally see three different types of auroral emissions: