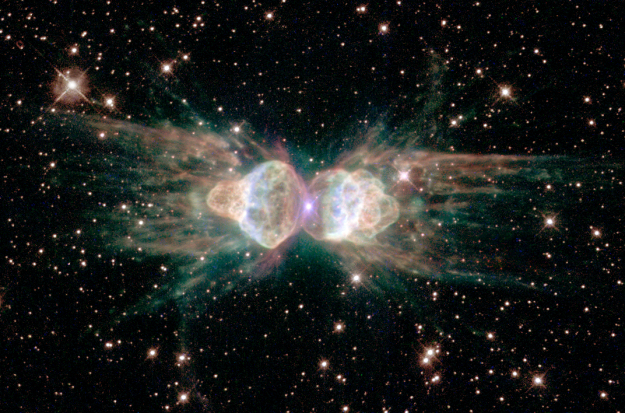 From ground-based telescopes, the so-called "Ant Nebula" (Menzel 3, or Mz 3) resembles the head and thorax of a garden-variety ant. This dramatic NASA/ESA Hubble Space Telescope image, showing 10 times more detail, reveals the "ant's" body as a pair of fiery lobes protruding from a dying, Sun-like star.

The Hubble images directly challenge old ideas about the last stages in the lives of stars. By observing Sun-like stars as they approach their deaths, the Hubble Heritage image of Mz 3 - along with pictures of other planetary nebulae - shows that our Sun's fate probably will be more interesting, complex, and striking than astronomers imagined just a few years ago.