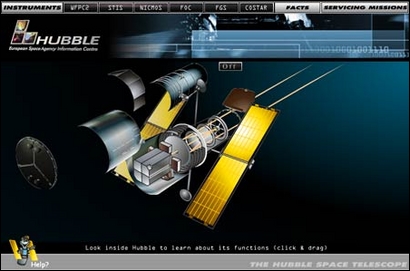 Most of Hubble's outer hull has been removed thereby allowing an untraditional look into Hubble's vital inner parts. In orange is shown how light from stars and planets enter the telescope and is reflected on its different mirrors before ending up in the instruments.
View »
31-Jan-2023 12:33 UT