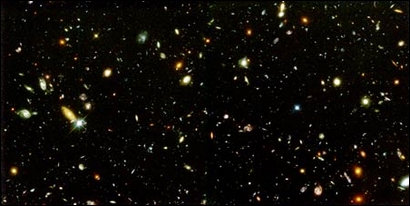 Astronomers found this supernova in 1997 during a second look at the northern Hubble Deep Field, a tiny region of sky first explored by the Hubble telescope in 1995. The image shows the myriad of galaxies Hubble spied when it peered across more than 10 billion years of time and space. The white box marks the area where the supernova dwells.
28-Oct-2021 01:44 UT