Proplyd in the Orion Nebula

Proplyd in the Orion Nebula 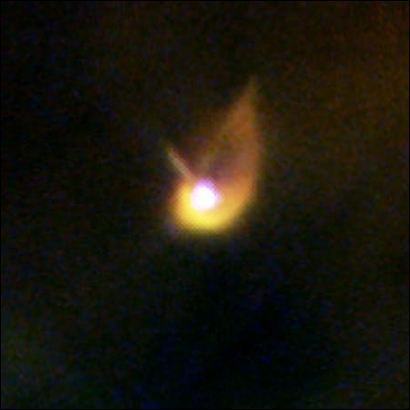 Planet formation is a hazardous process. These four snapshots, taken by NASA's Hubble Space Telescope, show dust disks around embryonic stars in the Orion Nebula being "blowtorched" by a blistering flood of ultraviolet radiation from the region's brightest star. Within these disks are the seeds of planets. The doomed systems look like hapless comets, with wayward tails of gas boiling off the withering, pancake-shaped disks.
28-Oct-2021 02:46 UT