ESA Science & Technology - WR 136 - the Star behind the Crescent Nebula

WR 136 - the Star behind the Crescent Nebula

WR 136 - the Star behind the Crescent Nebula 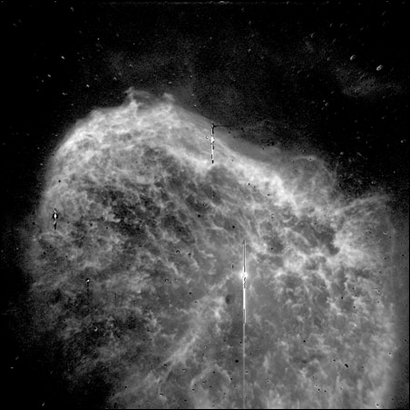 WR 136 created this web of luminous material during the late stages of its life. As a bloated, red super-giant, WR 136 gently puffed away some of its bulk, which settled around it. When the star passed from a super-giant to a Wolf-Rayet, it developed a fierce stellar wind - a stream of charged particles released from its surface - and began expelling mass at a furious rate.
28-Oct-2021 02:24 UT