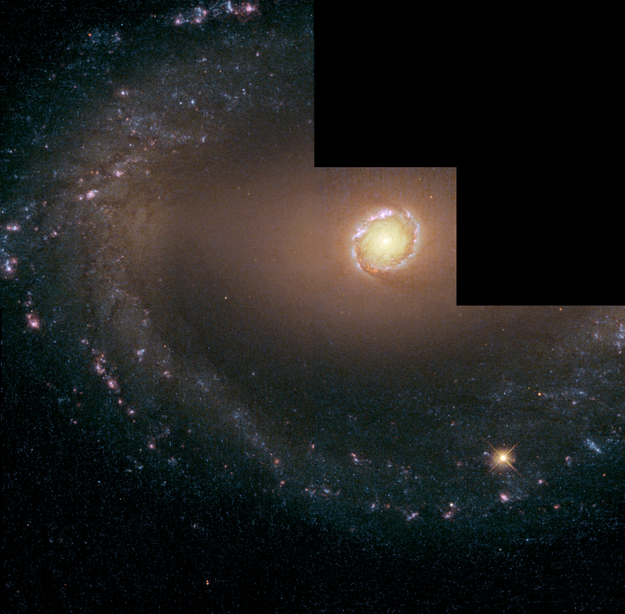 The NASA/ESA Hubble Space Telescope's Wide Field and Planetary Camera 2 snapped this wide view of the nearby barred spiral galaxy NGC 1512. NGC 1512 is in the southern constellation of Horologium at a distance of 9.2 million parsec or 30 million light years). The galaxy is 70 000 light years across and the circumnuclear starburst ring (at the very centre) is 2400 light years wide.

A wispy bar of material can barely be seen slicing horizontally through the galaxy. This bar is funnelling gas into the heart of the galaxy, fuelling a ring of star birth. Blue stars and red star-forming clouds of glowing hydrogen trace the grand spiral arms along the galaxy's outer edge.