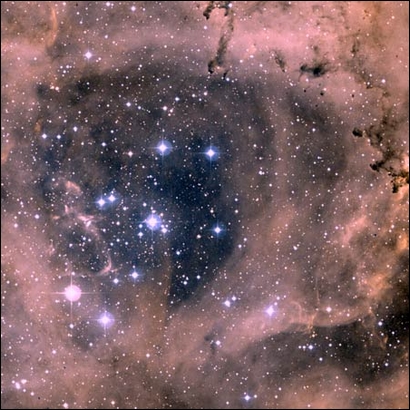 Depicts: Rosette Nebula, NGC 2237
Copyright: NASA, the DSS-II and GSC-II Consortia (with images from the 'Palomar Observatory-STScI Digital Sky Survey of the northern sky, based on scans of the Second Palomar Sky Survey are copyright ) 1993-1999 by the California Institute of Technology)
Show in archive: true