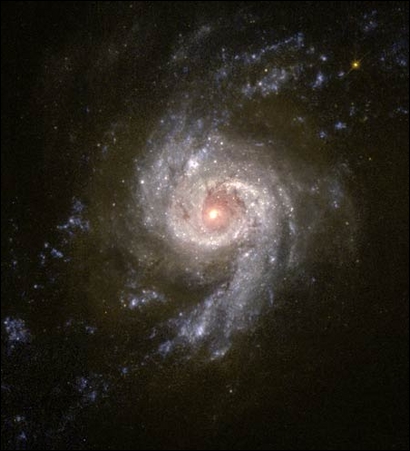 Most galaxies form new stars at a fairly slow rate, but members of a rare class known as "starburst" galaxies blaze with extremely active star formation. The galaxy NGC 3310 is one such starburst galaxy that is forming clusters of new stars at a prodigious rate. Scientists using the NASA/ESA Hubble Space Telescope are perfecting a technique to determine the history of starburst activity in NGC 3310 by studying the colors of its star clusters.
30-Jul-2021 04:05 UT