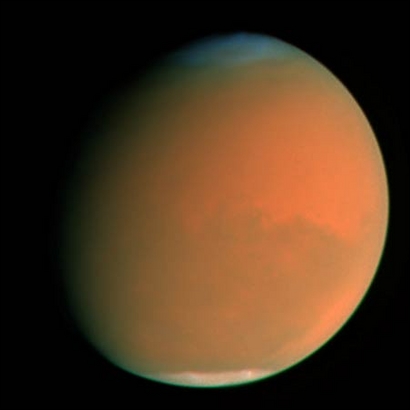 When Hubble photographed Mars in early September, the storm had already been raging across the planet for nearly two months obscuring all surface features. The fine airborne dust blocks a significant amount of sunlight from reaching the Martian surface. Because the airborne dust is absorbing this sunlight, it heats the upper atmosphere. Seasonal global Mars dust storms have been observed from telescopes for over a century, but this is the biggest storm ever seen in the past several decades.
View »
29-Jan-2023 06:56 UT