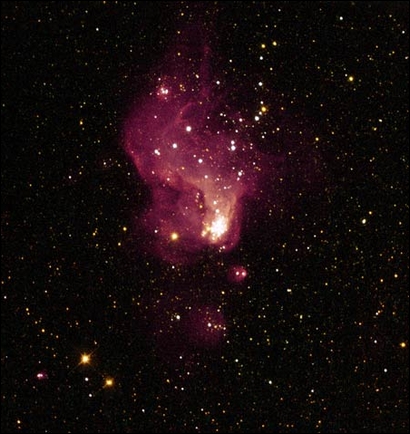 Resembling curling flames from a campfire, this magnificent nebula in a neighboring galaxy is giving astronomers new insight into the fierce birth of stars, which may have been more a typical occurrence in the early universe.

The glowing gas cloud, called Hubble-V, has a diameter of about 200 light-years. A faint tail of gas trailing off the top of this Hubble Space Telescope image sits opposite a dense cluster of bright stars at the bottom of the irregularly shaped nebula.