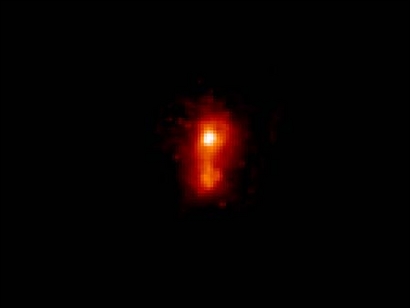 This image was created by modifying the original Hubble photo of I Zw 18 (search for opoi0202b1 in the search field). The image shows how the galaxy would look if it appeared at a distance of 300 million light-years.

The simulation shows that we see far less of the galaxy as the fainter stars cannot be seen at large distances. It is therefore believed that astronomers only see the "tip of the iceberg" when they point their large telescopes at the heavens.