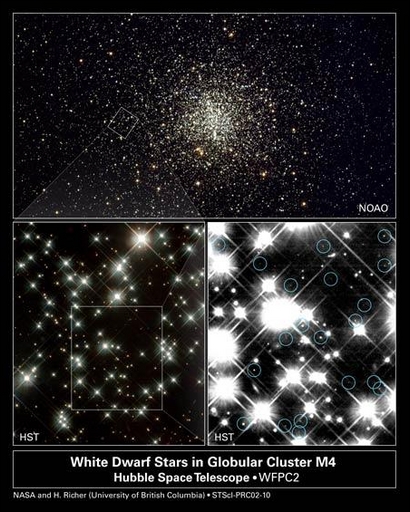 Pushing the limits of its powerful vision, the NASA/ESA Hubble Space Telescope has uncovered the oldest burned-out stars in our Milky Way Galaxy. These extremely old, dim stars provide a completely independent reading of the universe's age without relying on measurements of the universe's expansion.

The ancient white dwarf stars, as seen by Hubble, turn out to be 12 to 13 billion years old. Because earlier Hubble observations show that the first stars formed less than 1 billion years after the universe's birth in the big bang, finding the oldest stars puts astronomers well within arm's reach of calculating the absolute age of the universe.