ESA Science & Technology - So How Old Are You Really?

So How Old Are You Really?

So How Old Are You Really? 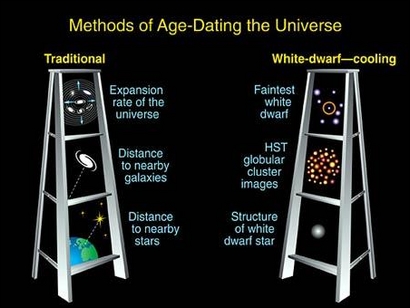 This illustration outlines the two techniques astronomers have used to determine the universe's age.

In the "traditional method," astronomers used measurements of the universe's expansion rate to calculate the age of the cosmos. They determined the expansion rate by measuring the distances to nearby galaxies. They then compared those measurements with the speed at which those galaxies are receding from Earth. Astronomers used that data to calculate the universe's age.