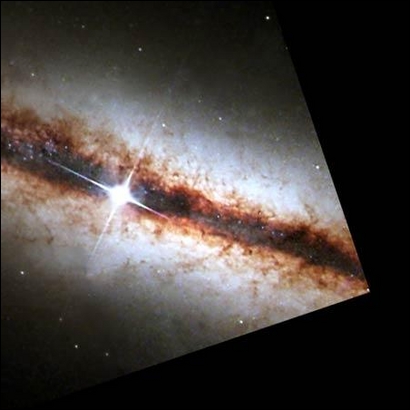 In this visible-light view of the galaxy NGC 4013, the star-forming ring (which is visible in a NICMOS image of the same region) cannot be seen because it is embedded in dust. The most prominent feature in this visible-light image - taken by the Wide Field and Planetary Camera 2 (WFPC2) - is the thin, dark band of gas and dust, which is about 500 light-years thick.