The Resolving Power of the Hubble Space Telescope

The Resolving Power of the Hubble Space Telescope 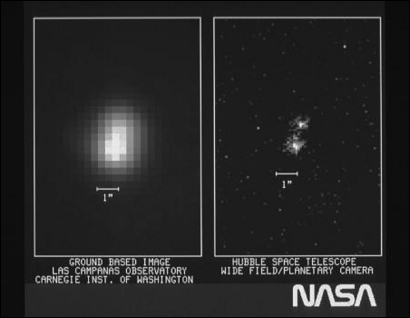 The image on the right is a portion of the first image returned by the Wide Field Planetary Camera on the Hubble Space Telescope. On the left is a ground based image of the same area of the sky. The object shown in these images is a double star: the pair of stars is well separated in the HST image but blurred together in the ground based image.
View »
1-Dec-2022 21:09 UT