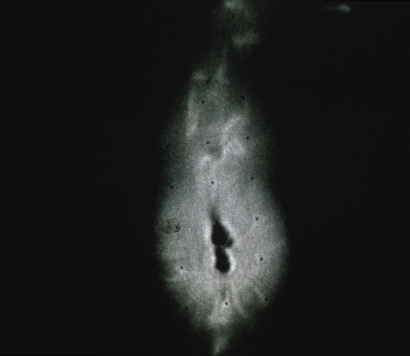 This is the first picture taken by HST of a recent nova, the star system R-Aquarii. The two dark knots at the center of the image probably contain the binary star system itself, which consists of a red giant and white dwarf star. The knots are dark due to saturation effects produced by the FOC detector when it observes very bright objects.
View »
5-Feb-2023 07:54 UT

R Aquarii - A Nearby Exploding Star