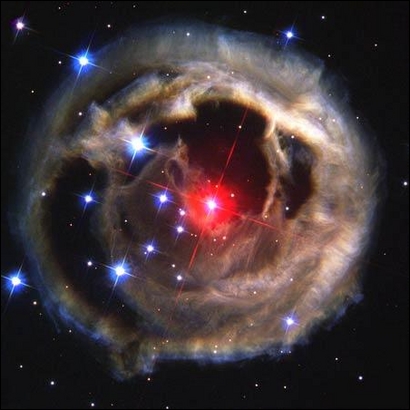 This is the first in a sequence of four pictures from the NASA/ESA Hubble Space Telescope's Advanced Camera for Surveys that dramatically demonstrates the echoing of light through space caused by an unusual stellar outburst in January 2002.

The image was taken 17 December 2002. The image is combined from exposures taken through blue (B), green (V), and infrared (I) filters.