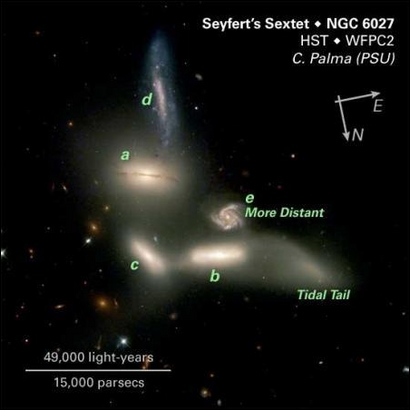 The NASA/ESA Hubble Space Telescope is witnessing a grouping of galaxies engaging in a slow dance of destruction that will last for billions of years. The galaxies are so tightly packed together that gravitational forces are beginning to rip stars from them and distort their shapes. Those same gravitational forces eventually could bring the galaxies together to form one large galaxy.
20-Oct-2021 10:53 UT