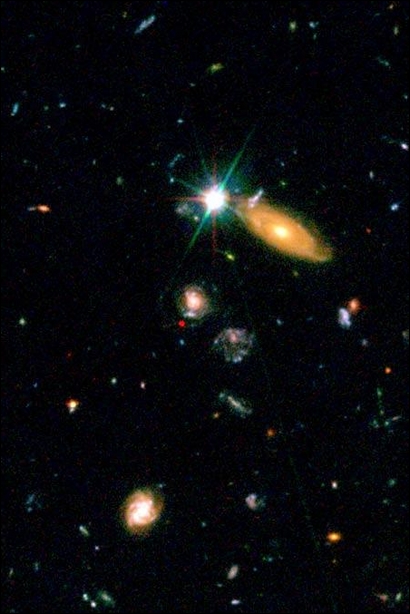 The red spot is the glow of a very distant supernova captured exploding in the field. The supernova is estimated to be 8 billion light-years away. The supernova appears deep red in this composite image because it was photographed by the ACS at far-red wavelengths. Distant supernovae are used by astronomers to fill in the blank region where the universe's rate of expansion switched from deceleration due to gravity to acceleration due to the repulsive force of "dark energy."
View »
9-Dec-2022 02:05 UT