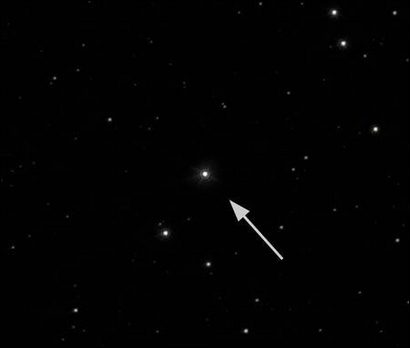 NASA/ESA Hubble Space Telescope image shows the Year 2001 observation of the black-hole system GRO J1655-40 in the constellation of Scorpius. Hubble's high resolution has allowed astronomers to measure the motion of this black-hole system across the sky using this image and an image taken in 1996. Scientists combined the Hubble data with those obtained from ground-based telescopes and found that the black hole is moving through space with a velocity of 400 000 kilometres per hour. This has provided possibly the best evidence yet that stellar-mass black holes are made in supernova explosions. The 720-second exposure was taken through a red filter.
View »
30-Jan-2023 07:32 UT