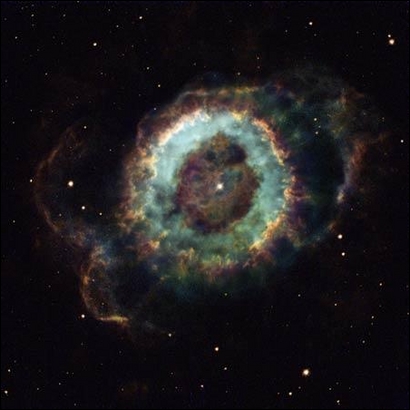 The NASA/ESA Hubble Space Telescope has caught a glimpse of a colorful cosmic ghost, the glowing remains of a dying star called NGC 6369. The glowing apparition is known to amateur astronomers as the "Little Ghost Nebula," because it appears as a small, ghostly cloud surrounding the faint, dying central star.
28-Oct-2021 01:33 UT