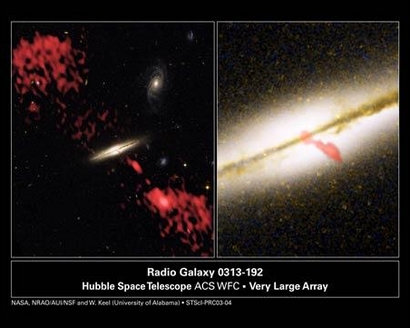 These are composite images of the galaxy 0313-192, the first spiral galaxy known to be producing a giant radio-emitting jet.

At right is a close-up of the Hubble telescope image. Another red overlay from a higher-resolution Very Large Array picture shows the inner portion of the jet.