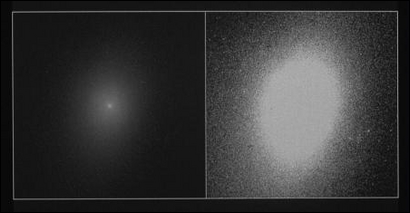 NASA's Hubble Space Telescope has provided a remarkably new detailed View of the core of a galaxy which lies 40 million light-years away, more than half way to the great Virgo Cluster of galaxies. These results promise that astronomers will be able to use the Hubble Space Telescope to probe the mysterious centers of galaxies, in a search for massive black holes.
View »
5-Feb-2023 06:55 UT