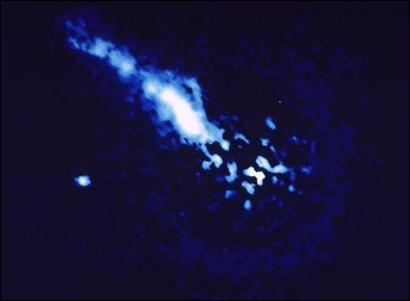 This is a ten thousand light-year long jet of plasma observed by the European Space Agency's Faint Object Camera, aboard the NASA/ESA Hubble Space Telescope. The image, which is much sharper than previous pictures taken with ground based telescopes. reveals unprecedented detail in the jet.
View »
5-Feb-2023 06:54 UT