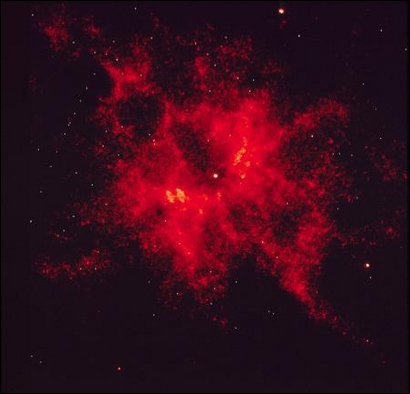 This photograph from the NASA Hubble Space Telescope presents the first clear view of one of the hottest known stars, the central star of nebula NGC 2440 in our Milky Way galaxy. The superhot star, called the NGC 2440 nucleus is the bright white dot in the center of this photograph.
View »
4-Oct-2022 18:57 UT