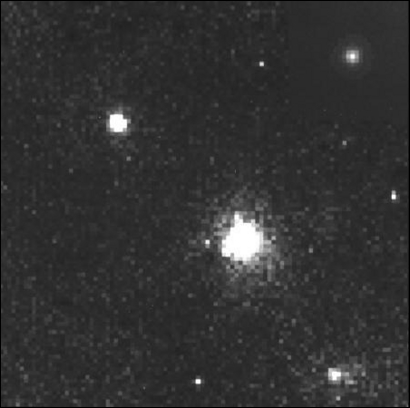 This is a small portion of an image taken with NASA's Hubble Space Telescope (HST) Wide Field Planetary camera (WFPC) in WF mode a near-infrared (F785LP) filter, showing the distant radio galaxy 53W002 at lower left. The region shown is a subimage 100 WFC pixels (10.16 arcseconds) on a side. The bright object is a foreground galaxy approximately four times closer. The inset the at upper right shows how a nearby galaxy (M87) believed to be similar to 53W002 would appear at the same distance.
View »
29-Jan-2023 05:16 UT