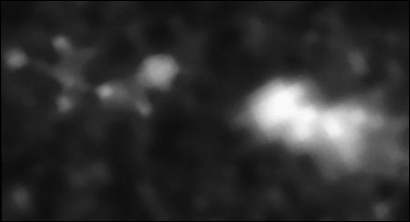 4C41.17 is one of several distant radio-emitting galaxies, discovered by members of the team during the past few years. The team's search and detection strategy is based on the enormous power and special character of the radio emission from such distant galaxies.

In 4C41.17 a massive black hole rotating at the galaxy's core is commonly thought to be the engine which produces twin jets of high-speed particles. The energy from the jets would be the source of the radio emissions.