A Cluster of Galaxies Four Billion Light-years Away

A Cluster of Galaxies Four Billion Light-years Away 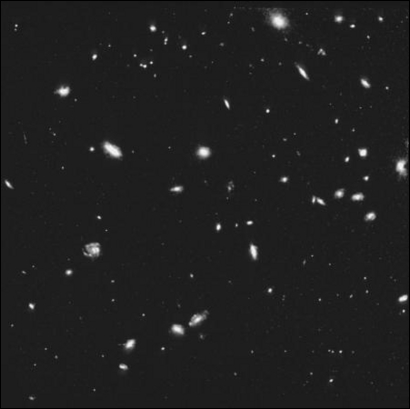 This is a NASA Hubble Space Telescope image of a portion of a remote cluster of galaxies (CL 0939+4713) that existed when the universe was two-thirds of its present age (redshift z = 0.4). Hubble's high resolution allows astronomers to study, for the first time, the shapes of galaxies which existed long ago.
View »
29-Jan-2023 06:07 UT