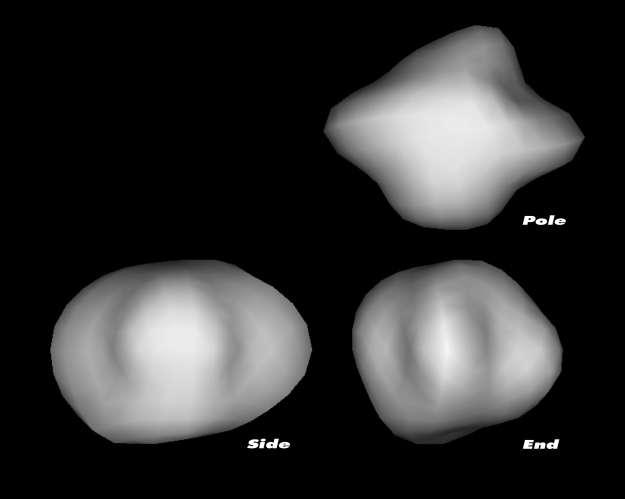 The Hubble Space Telescope measured the size, shape and rotational period of the Rosetta mission's target, comet 67P/Churyumov-Gerasimenko (67P/C-G). The telescope's observations, taken in March 2003, revealed that comet 67P/Churyumov-Gerasimenko (67P/C-G) is approximately five-by-three kilometres, and shaped like a rugby ball.

Images of the comet taken by the scientific (OSIRIS) and operations (NavCam) cameras on Rosetta can be found here.