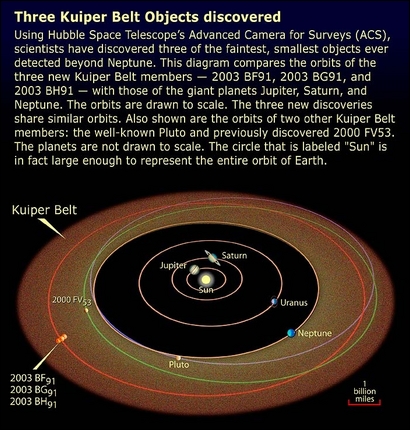 The three new Kuiper Belt members discovered by Hubble are up to 100 times fainter than this one. In fact, the objects are so faint that they cannot be seen by the human eye. Astronomers used computer analysis to find them. This image spans about 0.04 percent of the area of the full moon, less than 0.01 degree of the sky. Astronomers used Hubble to search an area 250 times arger than shown in this image, discovering three new solar system "fossils" as small as 15 miles (25 km) across.
View »
7-Feb-2023 11:25 UT