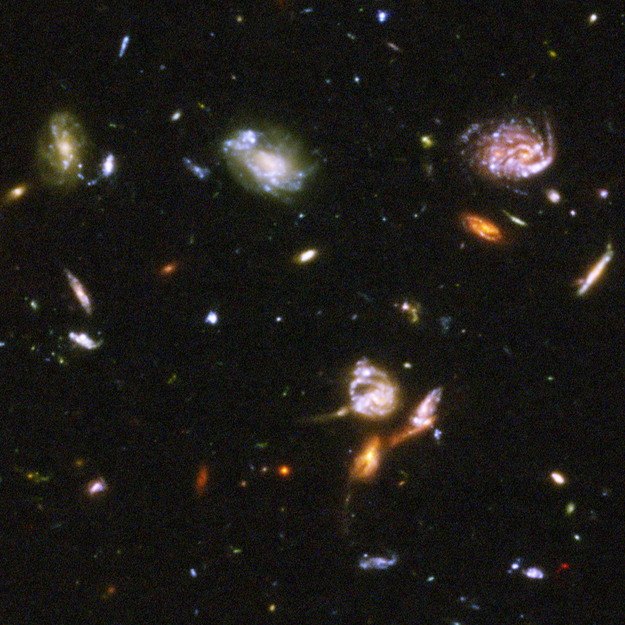 A galactic brawl. A close encounter with a spiral galaxy. Blue wisps of galaxies. These close-up snapshots of galaxies in the Hubble Ultra Deep Field reveal the drama of galactic life. Here three galaxies just below centre are enmeshed in battle, their shapes distorted by the brutal encounter.