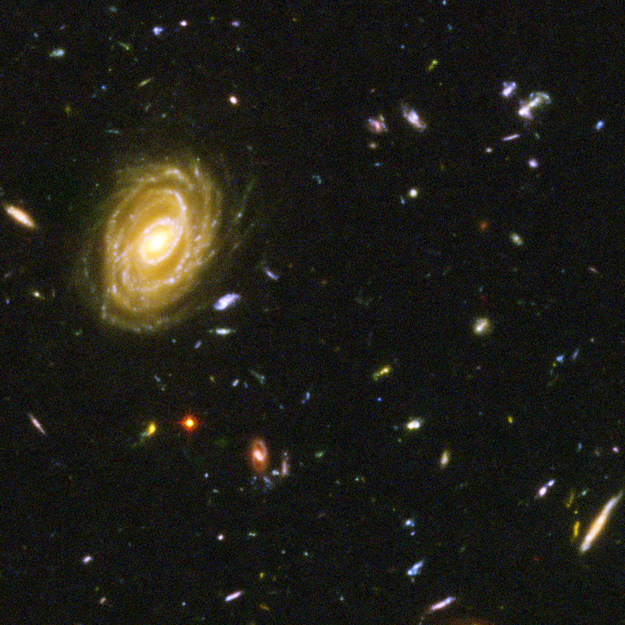 A galactic brawl. A close encounter with a spiral galaxy. Blue wisps of galaxies. These close-up snapshots of galaxies in the Hubble Ultra Deep Field reveal the drama of galactic life. Here a majestic spiral galaxy is seen - one of the nearest galaxies in the Ultra Deep Field. This galaxy existed about 1 billion years ago, when the cosmos was 13 billion years old. The smallest, reddest galaxies [the red dots] may be among the most distant known, existing when the cosmos was 800 million years old.