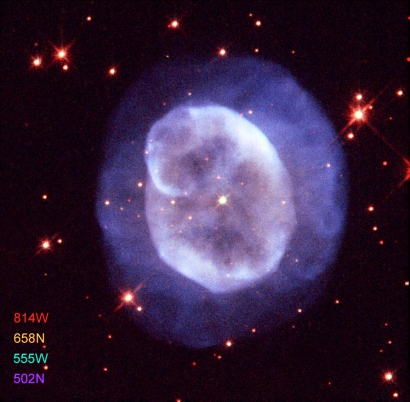 Stars like the Sun spend most of their life quietly converting hydrogen into helium. However when the hydrogen in the stellar core is exhausted, they start a short phase of much more rapid evolution, growing in size and brightness, to become cooler red giants that begin to eject large amounts of gas and dust as a slow stellar wind.

When the star has lost most of its mass, it heats up again and brightens so that the ejected material begins to glow. At the same time a faster wind sweeps through to clear out the cocoon of obscuring material and so a planetary nebula is born.